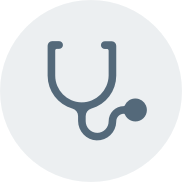 On February 10, 2020, the White House released its $4.8 trillion FY 2021 budget proposal. The budget outlines the Administration’s priorities for the upcoming fiscal year. The President has requested $94.5 billion in discretionary budget authority for the US Department of Health and Human Services (HHS), which represents a 10% decrease from the 2020 enacted level. Additionally, the budget proposes targeted savings/reductions in spending of $1.6 trillion in net mandatory health savings over the next decade. A summary of the budget proposal is available here.

It is important to note that the administration’s annual budget should be viewed as a messaging tool since many of the legislative policies are unlikely to move forward. With a Democrat-controlled House of Representatives, controversial legislative proposals almost certainly will not become law. An exception to that general rule may occur where there are proposals categorized in the budget as legislative but where the Administration has some authority to move forward with regulatory action on the topic. Proposals categorized as regulatory should be monitored closely as they have the potential to be implemented.

On Thursday, February 13th, HHS Secretary Alex Azar is scheduled to testify before the Senate Committee on Finance regarding the budget, although it has been reported that Senate Budget Chair Mike Enzi (R-Wyo) has indicated he will not hold a hearing since he believes it will be a waste of time since spending caps for the upcoming fiscal year have been agreed upon.