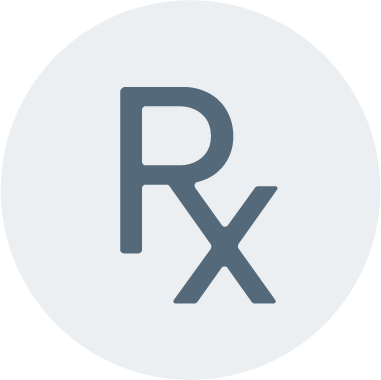 Today, July 23, 2019, the Senate Finance Committee posted a description of the Chairman’s mark of its legislation addressing prescription drug pricing. It is a robust package that includes comprehensive changes to Medicare Part B, Medicare Part D, and Medicaid. The Committee is scheduled to hold an open executive session to consider the bill on Thursday, July 25 at 9:30am. We will be watching for signals from Republican members as to whether they believe the language goes too far. We will also be listening for signals from Democrats that they believe the language does not go far enough.  Or perhaps maybe this package is just right.

Below are the key points from major provisions in the bill. Note that this summary is derived from the publicly available description of the Chairman’s mark. A more detailed review will be needed once exact language is available.

The package requires manufacturers that do not have a Medicaid drug rebate agreement to report average sales price (ASP) information to the Department of Health and Human Services (HHS) Secretary that would be used to help establish Medicare payment rates. Additionally, beginning July 1, 2021, the package requires manufacturers to exclude the value of coupons provided to privately insured individuals from each drug’s ASP, as reported to the HHS Secretary. Currently, the ASP value can include the coupon value, which overstates the amount the manufacturers are receiving for the drug, which can drive up Part B prices. The package also includes a provision that would increase the add-on payment for a biosimilar biological product from 6% of the reference product’s ASP to 8% of the reference product ASP for a period of five years. This aims to  encourage the development of biosimilars.

One of the more controversial provisions in the package would require prescription drug and biological manufacturers to pay a rebate to Medicare for the amount that the price of their Medicare Part B drugs or biologicals increased above the inflation rate, as measured by the Consumer Price Index for All Urban Consumers (CPI-U). (This does not include biosimilars or vaccines paid under Part B.) Manufacturers would be required to pay HHS the rebate after receiving an invoice from the agency. For new drugs, the Secretary would establish the “payment amount benchmark” as the date that the drug is first marketed by the manufacturer, with that payment amount benchmark being adjusted by the CPI-U percentage change in each subsequent quarter to arrive at the inflation adjusted payment amount. Manufacturer rebates would be deposited in the Medicare Supplementary Medical Insurance Trust Fund, and a civil monetary penalty would be imposed if the manufacturer fails to pay the rebate.

Additionally, the package requires that manufacturers beginning on July 1, 2021 refund the amount of payment made to providers for unused amounts of certain single-use vials that exceed a minimum threshold.

The package also includes changes that can effect providers. For example it expands on transparency requirements what were included in the 21st Century Cures Act. The 21st Century Cures Act required HHS to publicly display the Medicare estimated payment to hospital outpatient departments (HOPD) and ambulatory surgical centers, as well as the estimated beneficiary cost-sharing liability in each setting. This package requires the HHS Secretary  to add the estimated payment to a physician under the Medicare physician fee schedule (PFS) and the associated estimated beneficiary cost-sharing liability, beginning in 2021. Another change that effects providers includes removing the “grandfathered” off-campus HOPDs that received the OPPS payment rate for administering a Medicare Part B drug to a beneficiary. Instead, beginning January 1, 2021, these facilities would be paid the PFS rate for the professional service of administering a Medicare Part B drug.

Beginning January 1, 2021, HHS would be required to publicly post information on aggregate price concessions (including rebates and discounts) as well as the aggregate amount of the difference between what an insurer pays a PBM, and what a PBM pays retail pharmacies and mail order pharmacies, and the number of prescriptions dispensed. The package also includes a requirement that Part D insurers conduct financial audits of data related to their PBM contracts beginning January 1, 2022.

Additionally, the package would establish a mandatory rebate if a pharmaceutical manufacturer increases their list price for certain covered Part D drugs above inflation (CPI-U) beginning January 1, 2022. Rebatable drugs include Part D-covered products that are brand drugs (and not a generic drug) or that are licensed as a biologic (and not a biosimilar).

Another noteworthy provision in the package is that effective July 1, 2022, drug manufacturers will be required to report to HHS information and supporting documentation needed to justify price increases for prescription drugs and biological products, as measured by the wholesale acquisition cost (WAC) or changes in the WAC in cases where the Secretary determines the manufacturer’s price increase met or exceeded certain thresholds. The Secretary would be required to publicly post the price justifications, as specified in the provision. Civil monetary penalties would be applied for failing to submit a timely price justification or for submitting false information.

The package also includes some Medicaid provisions. For example, it would exclude authorized generic drugs from the calculation of AMP under the Medicaid drug rebate program. It also increases the maximum allowable Medicaid rebate permissible from 100% of a covered outpatient drug’s average manufacturer price (AMP) to 125% beginning October 1, 2022.

It also would allow Medicaid to pay for gene therapies for rare disease through new risk-sharing value-based agreements, beginning January 1, 2022. Specifically, states could enter into payment agreements that would be structured as installment-based payments with the state paying equal installments of the total installment over a period of time no longer than 5 years. (These are often referred to as mortgage payment agreements.) States would have the ability to not provide an installment payment or pay a reduced amount of the installment payment if the covered outpatient drug fails to meet the relevant clinical parameters of the agreement.

Another noteworthy Medicaid provision includes allowing states the option to include a covered outpatient drug (i.e., any drug, biological product, or insulin) as part of a bundled payment if it is provided on an outpatient basis as part of, or as incident to and in the same setting as, physicians’ services or outpatient hospital services.

Of note to pharmacy benefit managers (PBMs), the package also includes required pass through pricing for covered outpatient drugs in Medicaid including under managed care (i.e., prevent spread pricing). It would also require payment to PBMs for administrative services to be limited to a reasonable administrative fee and require that the entity or PBM make available to the State, and the HHS Secretary upon request, all costs and payments related to covered outpatient drugs and accompanying administrative services. It would make any form of spread pricing unallowable for purposes of claiming Federal matching payments under Medicaid.

Other provisions include requiring states to establish and implement conflict of interest policies for individuals who are members of state Medicaid Drug Use Review (DUR) boards, a GAO report on potential and existing state Medicaid program DUR board and P&T committee conflicts of interest, and requires HHS to publish a report on Medicaid provider prescribing patterns for covered outpatient drugs for each state.