On March 16, 2020, Oklahoma Governor Kevin Stitt issued a draft Section 1115 waiver application to expand the state’s Medicaid program (SoonerCare) and make other modifications. The draft waiver is the first to be proposed under recent Trump Administration guidance that would allow states to transfer their Medicaid program to a block grant.

The waiver builds on the state’s authority under executive over 2018-05, signed by then-Governor Mary Fallin, and HB 2932, passed on May 8, 2018, which authorized the Oklahoma Health Care Authority (OHCA) to apply for waiver and state plan amendments that would allow the state to include work and community engagement requirements in SoonerCare.

Though it is the first to be proposed under the block grant guidance, the draft waiver includes few details regarding how the state will transition to a block grant. However, it does outline various modifications to Medicaid benefits for the proposed expansion population. The state is requesting approval for a five-year demonstration that would begin no sooner than July 1, 2021. The state is currently accepting public comments through April 15, 2020, before it submits the application to the Centers for Medicare and Medicaid Services (CMS) for approval.

The below summarizes key points of the waiver.

Through the draft waiver, Oklahoma proposes to cover all adults under the age of 65 who qualify for Medicaid on a basis other than disability and a need for long-term support, and who have incomes at or below 133% of the federal poverty level (FPL). These newly eligible adults would receive coverage through SoonerCare 2.0. Individuals who were previously eligible for Oklahoma Medicaid prior to expansion would not be affected and would remain in traditional SoonerCare.

Some beneficiaries in the expansion population would be required to make premium and copay payments in order to retain their coverage.

SoonerCare 2.0 members would be required to make sliding scale flat rate premium payments. Individuals determined eligible for SoonerCare 2.0 would be charged a premium based on their household income and the number of individuals in the household participating in the program. Individual premiums must not exceed 2% of a household’s income. 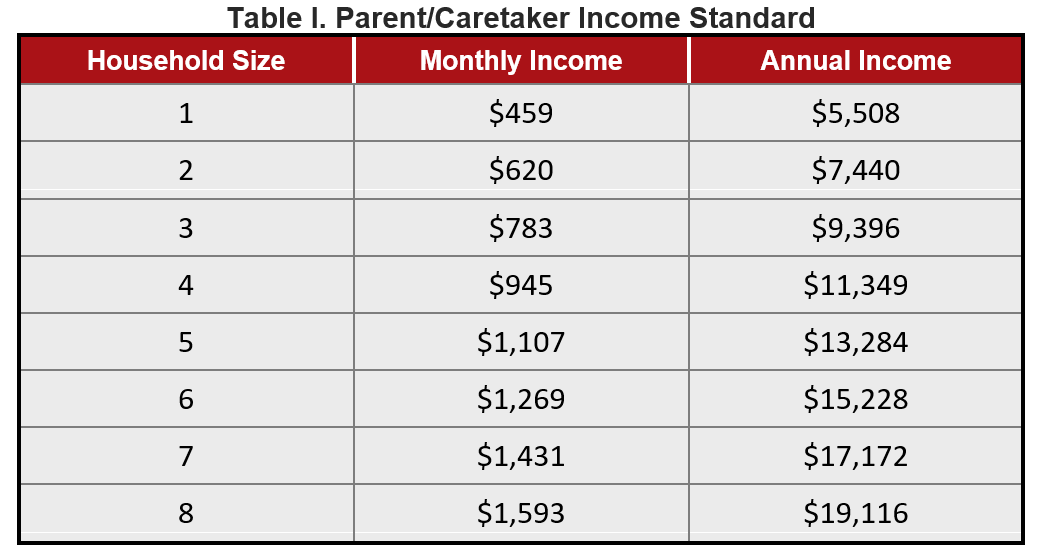 Since premiums would also vary based on the number of people in the household, Oklahoma would also create two tiers in SoonerCare 2.0 to reflect family participation:

Regardless of family size, beneficiaries in income Tier 1 would have no monthly premium obligations.

Once an eligible beneficiary completes the initial payment, he would be required to make monthly payments to retain his coverage. Individuals who do not pay the monthly premium would have a three-month grace period to complete unpaid premiums. If the individual does not catch up on premium payments within three months, she would be terminated from Medicaid coverage. The state would permit third parties, such as nonprofits and provider groups, to pay required premiums on behalf of a beneficiary.

For individuals who do not have a premium obligation, coverage would begin according to their application’s approval date. Currently, the state of Oklahoma conducts real-time eligibility determinations.

OHCA will request the flexibility to adjust premium payments by up to 5% of a household’s annual income. The state will also request the ability to temporarily pause or reduce premium payment policies across regional variations and population groups in response to unforeseen and acute challenges, such as natural disasters.

SoonerCare 2.0 beneficiaries would be charged copayments in addition to their premium obligation, up to 5% of the out-of-pocket cost-sharing limit. SoonerCare 2.0 members would potentially be subject to a copayment of $8 for non-emergency use of the emergency department. OHCA plans to evaluate the impact of the $8 copay for non-emergency use of the emergency department on member behaviors, and will request the flexibility to adjust the copayment in later years based on the results of those evaluations.

Copayments would be collected at the point of service and would not affect individual eligibility and enrollment in SoonerCare 2.0. Providers would not be permitted to deny service based on a beneficiary’s inability to pay the copay.

In order to ensure that beneficiaries do not incur cost sharing that exceeds 5% of their household income, the Medicaid Management Information System (MMIS) tracks cost-sharing expenditures incurred across household members and re-sets at the beginning of each month. Systematic tracking of cost sharing occurs in real time as claims are adjudicated in MMIS. MMIS is programmed not to deduct copayments from claims for Medicaid recipients and services that are exempt from cost sharing.

Individuals who are liable for premium payments up to 5% of their income would not be required to make additional cost-sharing payments.

In order to remain eligible for SoonerCare 2.0 benefits, non-exempt members transitioning from other Medicaid coverage, or new applicants age 19 through 60, would be required to provide verification of participation in an average of at least 80 hours per month of approved community engagement (CE) activities. Beneficiaries would have a 90-day grace period from the time of SoonerCare 2.0 application or transition to verify compliance with CE requirements. Individuals who were released from incarceration within the six months prior to the application date would have a nine-month grace period to comply with reporting.

SoonerCare 2.0 beneficiaries who are not in compliance with the CE reporting requirements would have their coverage terminated on the first day of the next month after they were determined to be out of compliance. Beneficiaries who lose coverage because of noncompliance with state CE reporting requirements could reapply for coverage if the following conditions are met:

The following individuals would not be required to complete CE activities during any month:

Capitation rates would be developed annually consistent with the requirements of 42 CFR part 438. An enhanced CMS Managed Care Capitation Rate Development Guide that establishes a specific outline for the rate certification and required tables to document assumptions and data used for the capitation rate development.

The state will meet all statutory requirements for managed care.

All other benefits would be consistent with the current state Medicaid plan.