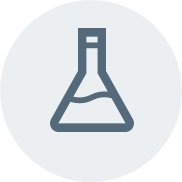 On September 20, the Office of the Inspector General (OIG) released the fourth in a series of data briefs looking at Medicare spending under the Clinical Laboratory Fee Schedule.  This report evaluates Medicare spending in 2017, the final year before implementation of the market-based fee schedule mandated by Section 216 of the Protecting Access to Medicare Act.  OIG found little change in overall spending for lab services or for spending on the top 25 lab codes since 2014.  The report also shows that 3 labs received $1.1 billion of the $7.1 billion in total payments for lab tests during 2017  and that spending on the top 25 tests was similarly concentrated among a few labs: 1 percent of labs received 55 percent of all Medicare payments for the top 25 lab tests in 2017.